This is the potential problem when using the post-stretch film carriage, as the stretch film stretches between the pallet and pallet wrapping machine, the film becomes longer and thinner but lose its original width. The width losing means every round of wrapping needs to be closer together, that comes as more stretch film material is needed for making a securely wrapped package. From our experience, the conventional 500mm wide stretch wrap could end up being 350mm wide only when wrapped on the palletized loads.

But the pre-stretch film carriage is a good way to avoid the neckdown problem. The pre-stretching of the plastic film is powered by electrical motor within the wrap head, this ensures the pre-stretched film is as wide as when it comes off from the film rolls. This promise of film width means we can minimize the wrapping cycles and save the costs spend on the wrapping materials. 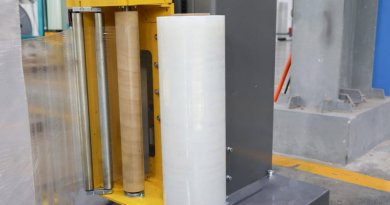 Why is the pallet wrapping machine so popular? 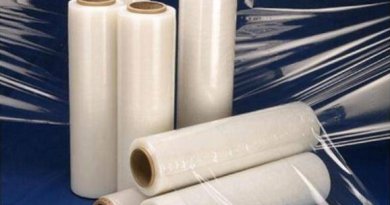 What are the advantages of stretch film? 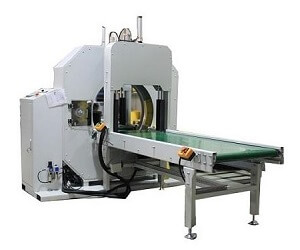 What is a labeling machine?

The labeling machine is a device that sticks paper or metal foil labels on specified packaging containers with glue. Labeling

The packaging ways for modular furniture